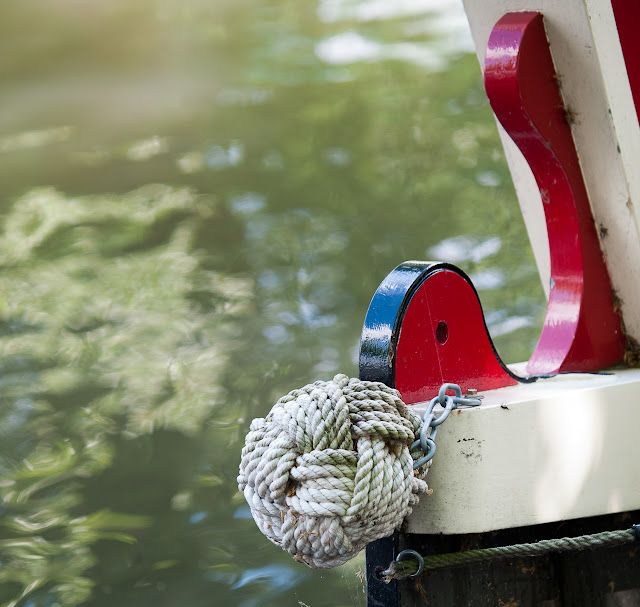 Posted by Chuckeroon at 11:33 3 comments 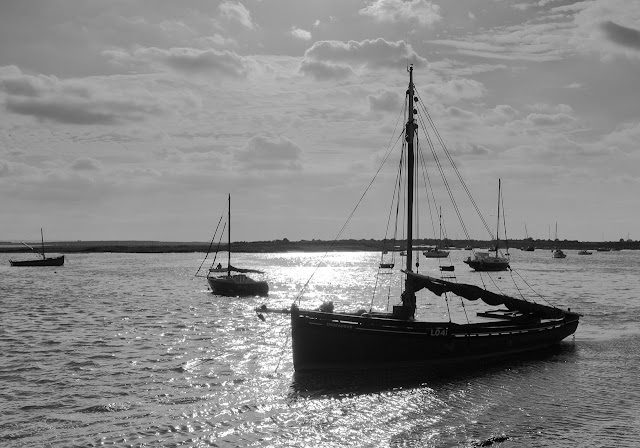 British lads of a certain age will recognise the title - a film about the British wartime submariners who as "frogmen" piloted midget submarines and tiny kayaks on dangerous missions to mine enemy battle ships.


This boat is traditional sail driven cockle dredger operating from Southend on the Thames Estuary.  "Endeavour" was built in 1926. She sailed to Dunkirk in 1940 as one of the "little ships" which rescued more than 300,000 men of the British Army from the beaches of Dunkirk.  She is still going strong and carries her Hero badge with pride.  History of Endeavour

Posted by Chuckeroon at 10:25 3 comments 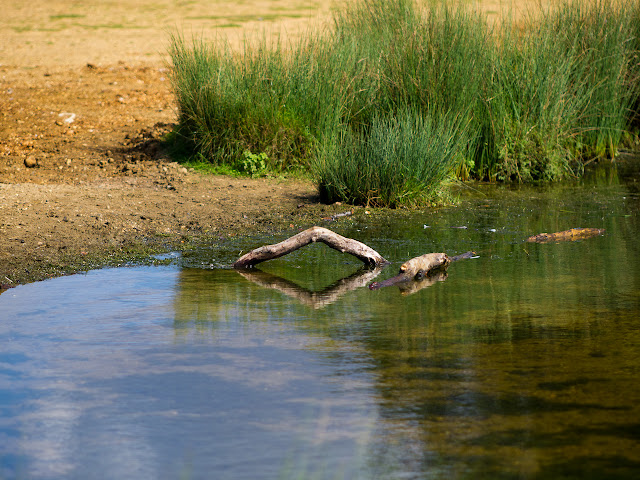 Still at Pen Ponds, but looking at the colours that appear in the water and the surroundings. This spot didplays a million changes of mood.

Posted by Chuckeroon at 14:15 1 comments 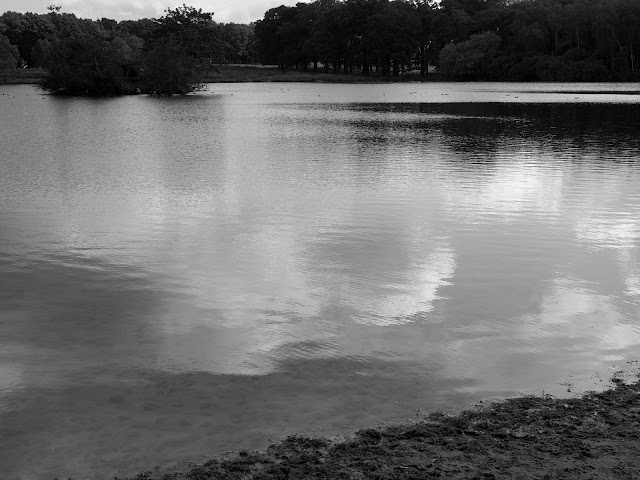 At last we're back in Richmond (not sure for how long - there are so many other things to photograph).


Pen Ponds in Richmond Park are an ever changing scene. This shot is not supposed to be representational. I'm experimenting and enjoying the "tonality" presented by the Ponds under varying skies.

Posted by Chuckeroon at 12:47 0 comments 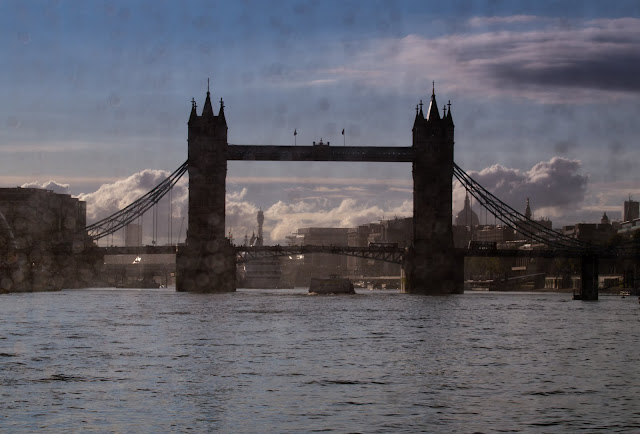 Looking through the glass of the high-speed river bus the scene is slightly brown-tinted and shows some traces of rain and river water droplets. But this actually enhances the drama. The terrific rain storm has passed, the sky is blue, but more "weather" is building up.

Posted by Chuckeroon at 17:05 1 comments 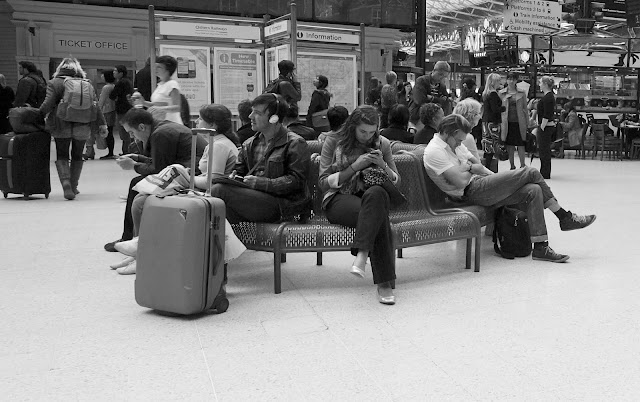 Posted by Chuckeroon at 21:50 1 comments 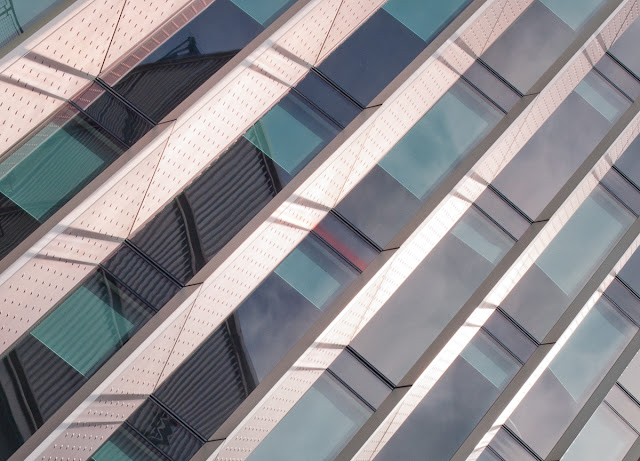 Another abstract impression of a glass and metal marvel opposite the Lloyd's building in the City of London.


Here's the original shot.  Sunlight shines on the aluminium and glass and produces are a wonderful effect.  London is no longer city of heavy grey stone, blackened by smoke. 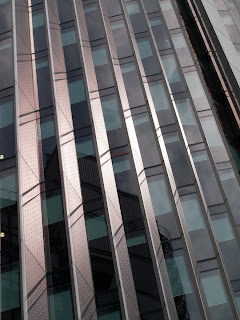 Posted by Chuckeroon at 15:53 1 comments 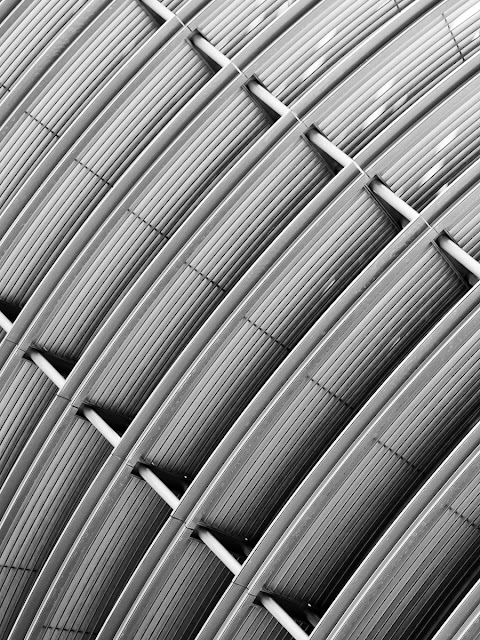 In the area roughly where Cannon St. and King St. meet we find this modern structure.  Here is my photographer's view. Below is the everyday view. 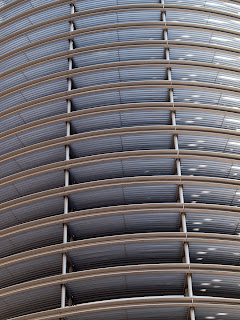 Posted by Chuckeroon at 12:20 1 comments 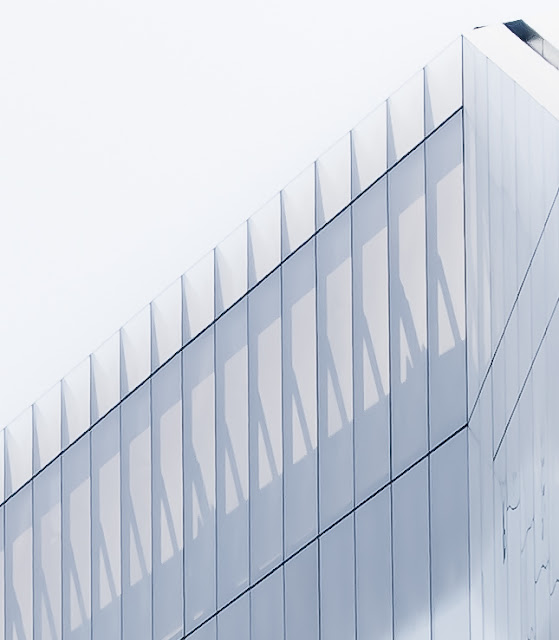 I'm experimenting trying to "see" things differently.  Here is my vision of the magnificent glass and steel creation on the No. 1 New Change site that opened this year, opposite St.Paul's.


Below is what it looks like to the "unimaginative" eye.  I really like the light, ethereal, ultra-smooth, smokey-glass structure. Packed inside is an Aladin's Cave of shopping and commercial delights. The previous post showed how it offered a new and enjoyable view of its neighbour, St. Paul's Cathedral. 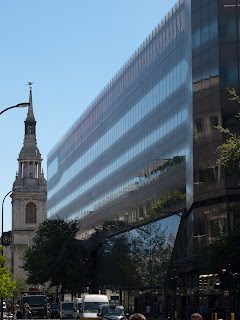 Posted by Chuckeroon at 17:36 1 comments 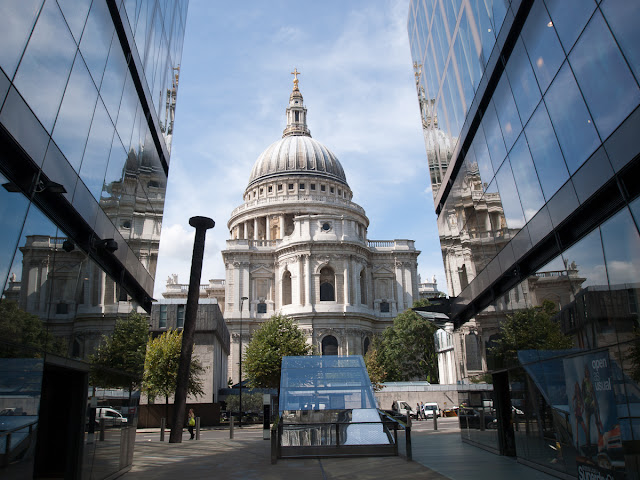 Another new, unexpected vista created by the new architecture in the City of London.  "New Change" was a large office block and is now a major new shopping centre and commercial area.  Looking out towards St. Paul's Cathedral the glass structure creates this vision.

Posted by Chuckeroon at 14:49 2 comments