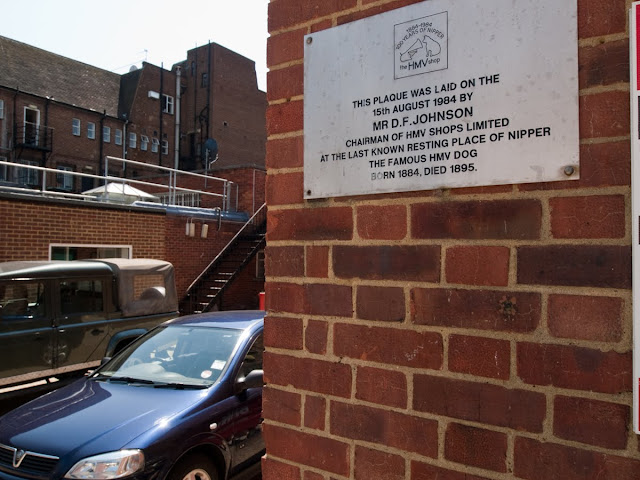 How very 1980s.  This is all Nipper gets; but it's still there, unscathed and in reasonable condition.  The HMV shop is no longer on the site. Perhaps more important, and better, the alley where the Toilet Gallery stands, has been renamed Nipper Alley after full discussion by the town council.  I apologise for exciting your expectations!  But think of me: it was quite a let down after all the rat-like hunting and putting two and two together.

Posted by Chuckeroon at 21:28 2 comments 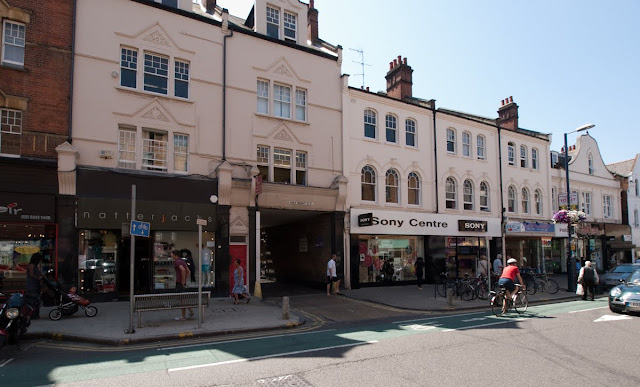 Back in March I showed the Toilet Gallery and mentioned the art exhibition around the theme of the famous HMV Records "dog listening to gramophone logo" which features the faithful Nipper.


It took some time and a small amount of effort, but at last I have discovered the site of Nipper's grave.  It's down inside there - through the entrance archway between the shops. Tomorrow I'll show you.  Meanwhile, enjoy a photo of a street of shops in Kingston upon Thames.  Jilly in Menton loves dogs and wanted to see a photo of his grave.  Keep looking, Jilly!

Posted by Chuckeroon at 17:50 1 comments 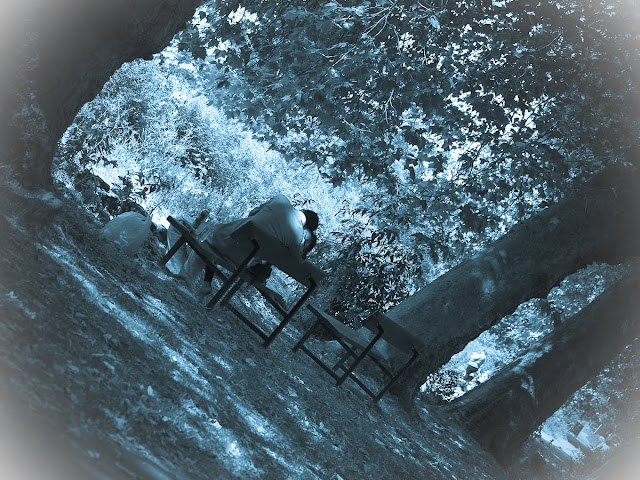 I don't do people.

Posted by Chuckeroon at 19:40 4 comments 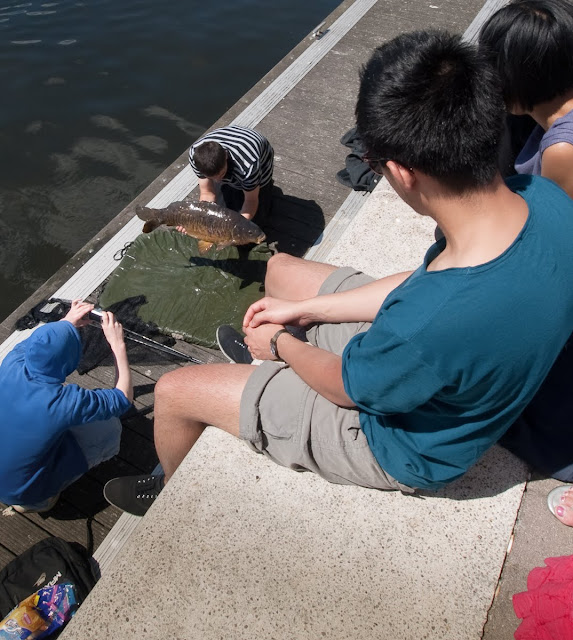 A clear sign of a healthy River Thames at Kingston.  The proud fisherman displays his catch for a photograph before returning it to the river.  The fish fought hard, and an excited crowd gathered to watch the show.

Posted by Chuckeroon at 08:52 5 comments 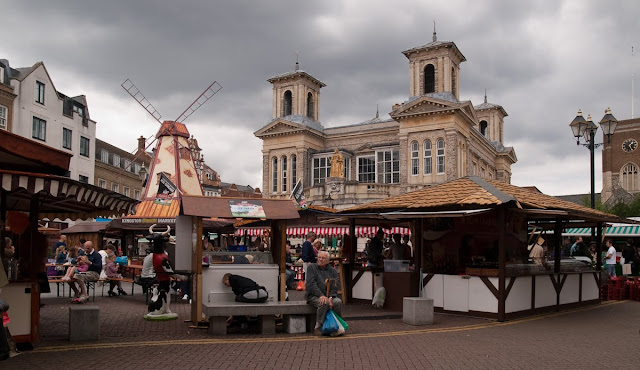 What can one do?  At 10.30 the photographer sets off under brilliant, clear blue skies with one or two small, pure white clouds and bright sunshine, intending to get some "Kingston beside the Thames in the sunshine".  By 13.20 this is what you have. A cool, in fact slightly too cool, wind and a sky like a tub of molten lead.  There are in fact about three layers of cloud, from low down stretching to high, all guaranteed to make it really grey!!  By the way, that's Queen Victoria up front of the market hall - no doubt thinking that this is an Indian monsoon developing.

Posted by Chuckeroon at 17:31 8 comments 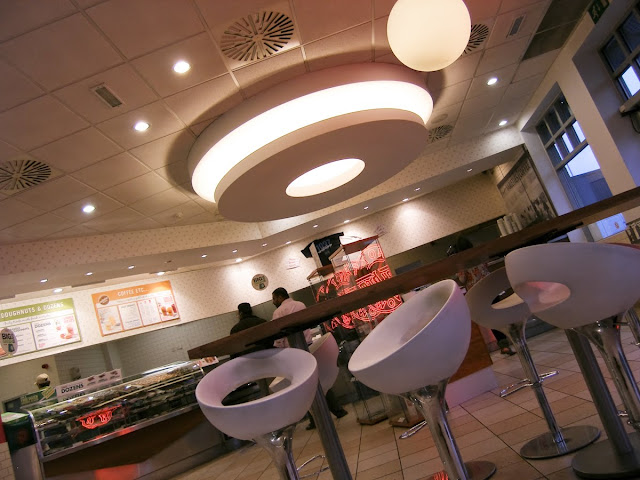 Down there, at Shannon Corner, underneath the A3 Kingston Bypass lurks a piece of Americana.  The Bar Fly ventured out alone at a lateish hour on a wet grey mid-summer English evening to survey the character of Shannon Corner at night and specifically to sample Krispy Kreme.  He got a free doughnut added to his order so came away delighted, heavilly fortified by a massive sugar-rush and caffeine-high.

The doughnut style of the central light fitting pleased him, as did the excellent "daylight balanced" lighting which suited the camera and produced a nice fondant effect for a sugary photo.

Posted by Chuckeroon at 21:56 4 comments 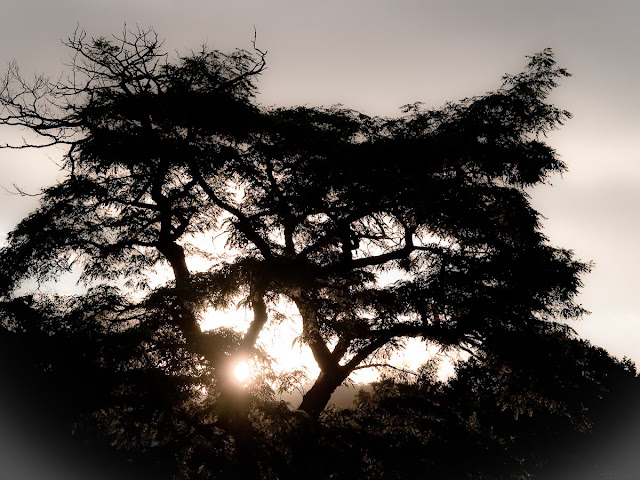 The tree at the bottom of my garden.

Posted by Chuckeroon at 21:56 4 comments 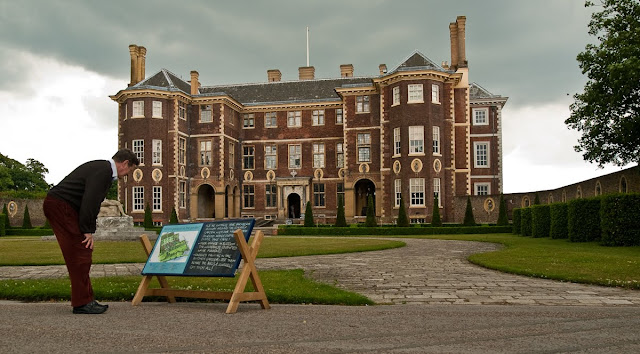 I couldn't resist posting this image of Ham House, taken yesterday.  It's a view captured by hundreds of visitors, but this one is remarkable for the lighting.  It's high noon. The June sun is high behind the house above the white flag pole.  This is the front which looks due North. A massive bank of thick battleship grey cloud has driven across the whole sky, blocking and filtering the strong sunlight to produce a remarkable lighting effect which the camera has managed to capture.  Shortly after, the cloud moved away, the sun re-appeared, and the scene became ordinary.

Posted by Chuckeroon at 10:51 4 comments 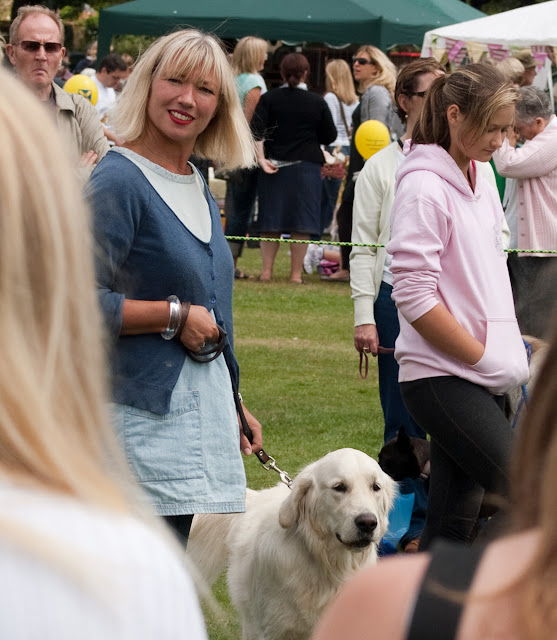 As most of you know, I don't do "people shots", but this one was so nice, I couldn't resist it.  (The village fair on Ham Common).

Posted by Chuckeroon at 16:47 7 comments 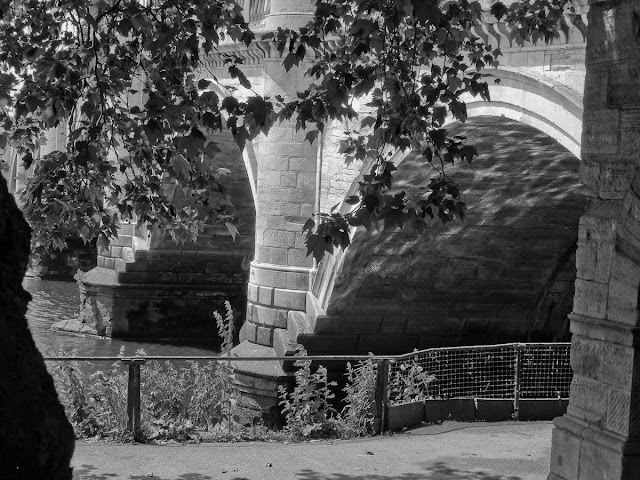 Posted by Chuckeroon at 17:36 3 comments 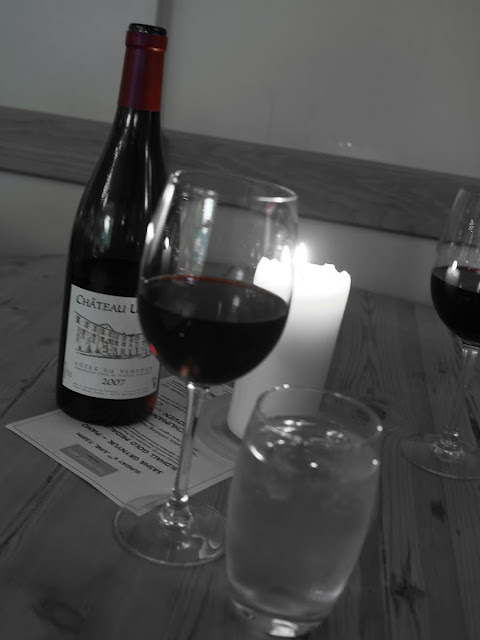 I'm not a fan of this sort of artifice via software, but it does make the wine look true to its appearance, and stand out, which is my point.  This was a very acceptable example that went well with the slow-roasted shoulder of lamb.

Posted by Chuckeroon at 10:33 4 comments 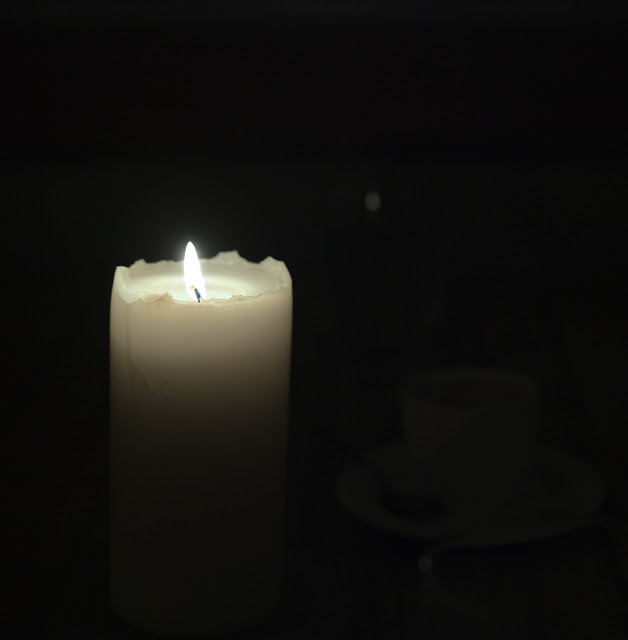 Attracted to the light the RuTDP Bar Fly drowned in the double espresso.

Posted by Chuckeroon at 12:21 3 comments 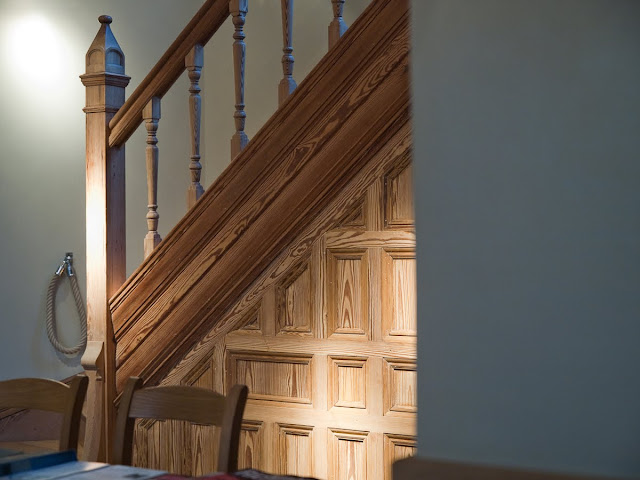 Yes, indeed! This is another in the much applauded RuTDP occasional Bar fly series.  It's about pleasing shapes and arrangements (in the bar or pub); so let's admire this lovingly restored pine staircase - an example of the period around 1902 when the so-called "arts and crafts" movement was active in British architecture.  The Dysart Arms pub in Petersham is a good example of this style.

Posted by Chuckeroon at 19:58 3 comments 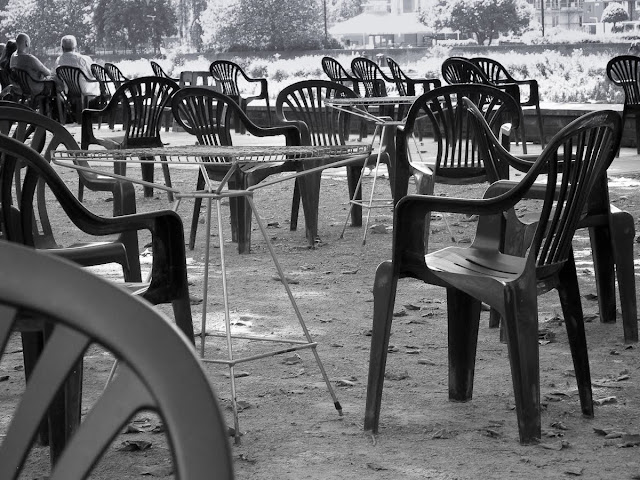 I won't bore you with too many chairs, but I like the patterns and the tones.  The riverside terrace at Richmond Bridge is such a fine place to just sit and watch, and let the thoughts wander.

Posted by Chuckeroon at 12:08 2 comments 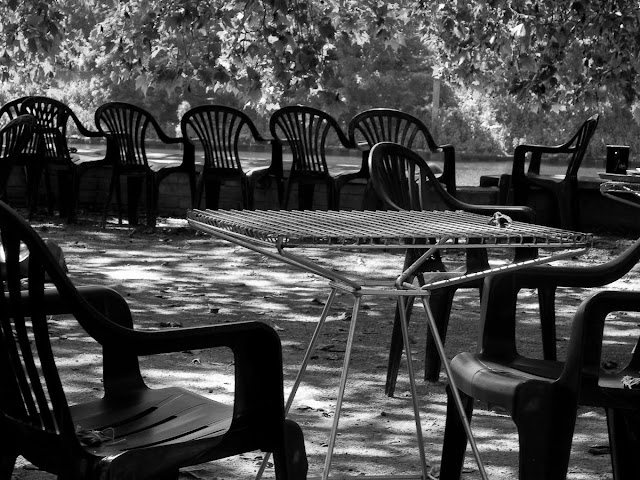 We seem to be stuck on the theme of places to sit.  Anyway, Freefalling of Australia will probably be pleased to see this. Glorious day, and I managed to stagger about in Richmond for a bit.  This is the terrace outside Tide Tables Cafe (again: and always great for a good photo).

Posted by Chuckeroon at 23:04 5 comments