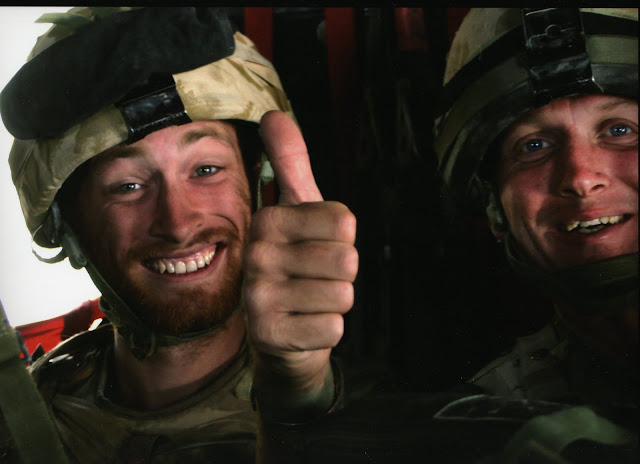 Two young Grenadiers in the helicopter returning from a gruelling tour in Helmand.

This photo was taken by Cpt Alexander Allan, Grenadier Guards.  He will not mind my showing it and mentioning my profound support and respect for these men.

I bought this copy as a contribution in support for the British soldiers wounded in this campaign.  Cpt Allan has now published a book of photographs.

On 29 October 2009, Third Millennium Publishing, launched  "Afghanistan: A Tour of Duty", the very first book of its kind, which reveals a remarkable photographic portrait of the Afghanistan campaign, taken by the former Grenadier Guards officer operating from the front line in the Helmand province. All profits from the book will be donated by Third Millennium to BLESMA (British Limbless Ex Service Men’s Association).