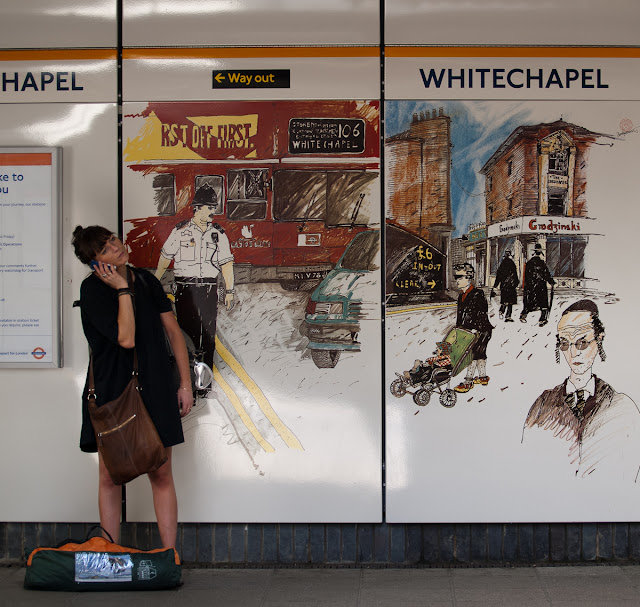 Continuing my series of random shots from around London we reach Whitechapel in East London. The railway here, dating from 1876, so not as old as others in London which go back to 1854!!!!! has been totally renewed.
The Whitechapel area of East London is ancient and for centuries has been the settling ground for foreign refugees and immigrants - 16th century Huguenots,Jews, and now Bangladeshies and Somalis. The bright new enamel panels along the platform celebrate the immigrant and traditional local cultures of the area.