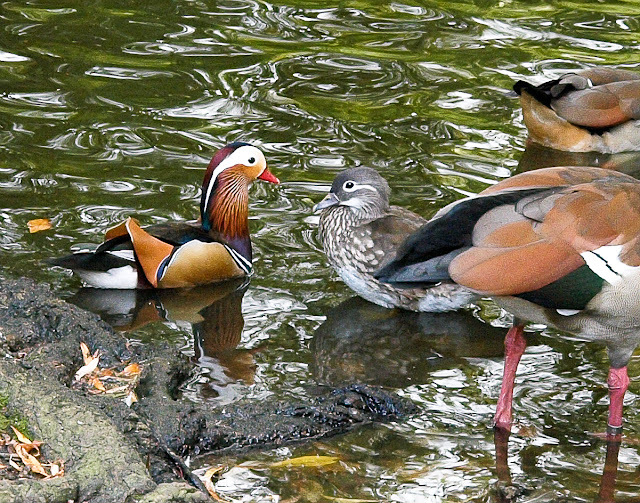 We are still lurking around Ham Common Pond, because it's close and very attractive at this time.  This pair of Mandarins recently appeared.  A pair (most likely the same pair) have appeared for about three years running, but never stayed to make a nest. They obviously like the area but something isn't "just right".

See how the male is so magnificent and the female is relatively hard to see and so dull and well camoflaged.

I did not have a telephoto lens mounted, so the quality is a bit scratchy. I've cropped this and heavilly enlarged the fragment using Genuine Fractals.  The original was taken at 70mm (35mm equivalent) at f6.3 ISO800 1/30th sec on an Olympus 14-35mm f2.0.