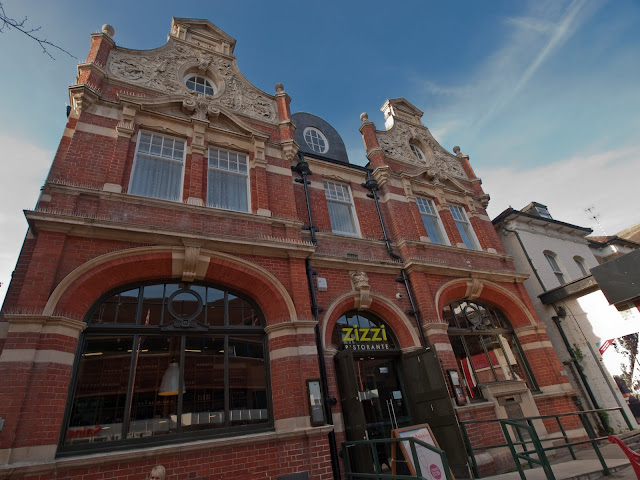 This magnificent post office was built in 1898. (Expand the photo to admire everything about it that is superb right down to the Imperial Crown over the doorway).

At that time the North West Frontier of the British Indian empire was the liveliest border region in the world. The worst outbreak of tribal disturbances in the Khyber Pass region came in 1897, when the British even had to abandon Ali Masjid. Military control was not restored until the following year.

The symbolic contrast of this British suburban building set against the conditions on the North West Frontier in 1898 is quite overwhelming. That contrast is no less today - perhaps it is even greater.

There are only 70 years (one man's lifetime) between 1898 and 1968; the year when the film "Carry On up the Khyber" was made - a typically British piece of popular humour that reminds us that the Khyber Pass, Afghanistan and North West India (now Pakistan) are deeply burned into the British psyche.

You can experience that event here:

It's quite lengthy, but stay with it to the awful climax.

After that NOTE WELL...........this magnificent Imperial Post Office is now an Italian Restaurant.