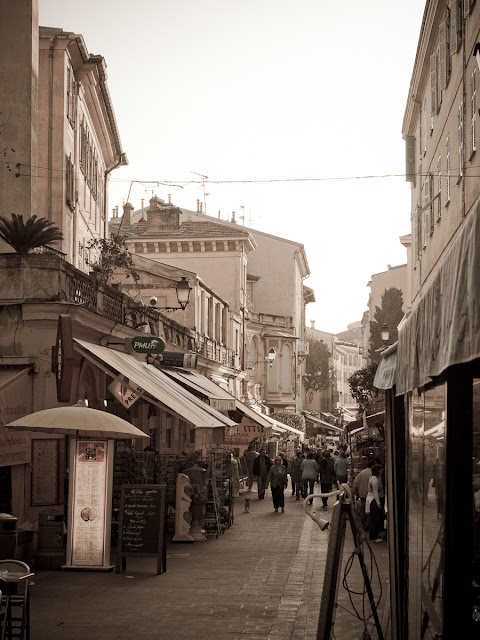 Colour film was almost non existant and a priceless miracle of chemistry in the 1930s and 40s. When I was a child I remember my excitement looking at Mother's old snaps and her showing me her little box of photo colouring pencils.  I was entranced by the delicate colouring and the magical effect it had on the photo. I was eager to try it and remember the thrill of quick and realtively easy success, achieving a powerful effect for little effort.

This Menton street scene seemed ripe for some "creative" treatment, so I simply clicked on "Creative - Aged Photo" in Lightroom, and suddenly realised that in a micro-second, with one click, I had more or less achieved what my Mother did while passing the winter hours, looking through her photos, lovingly colouring them and listening to a grammophone record or the wireless: no television in those days!! It existed but was, like colour film, a priceless marvel of technology yet to be widely available.