Karl Moritz and the bus route to Bangalore - # 160 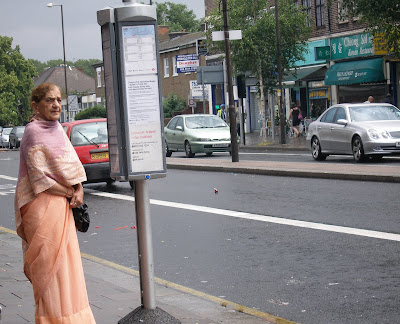 Karl's letter home recounts his pleasure, walking along the highway surrounded by open fields, until he comes to the tiny settlement of Hounslow.

Today, Hounslow is a boundless sea of houses that stretches as far as the eye can see, to the ends of the earth. It is crossed by a main line railway, a London Underground railway, a main road A 315, the express dual carriageway A4, and the M4 Motorway.

Hounslow is a key element in the huge, chaotic, uncontrolled experiment in social demography that is "Modern Britain" - a melting pot of almost every race and nationality and creed you can think of. In a way, it's probably very 18th Century. What would Karl have said? We can be certain that whereas Karl would recognise much of Richmond, he would not recognise Hounslow!