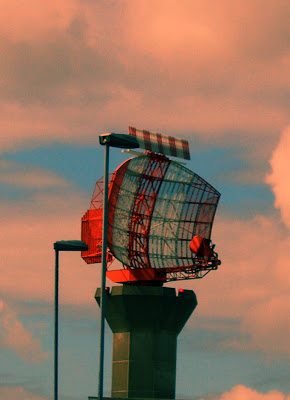 Is this Karl's "lone tree"?

..................."As far as Hounslow the way was very pleasant; afterwards I thought it not quite so good. It lay across a common, which was of a considerable extent, and bare and naked…………..to my astonishment, I saw a tree in the middle of the common that stood quite solitary……………………..Beneath the shade of this tree I reposed myself a little, read some of Milton, and made a note in my memorandum-book that I would remember this tree, which had so charitably and hospitably received under its shade a weary traveller. This, you see, I have now done."

Karl, has discovered the radar tower at LHR. Hounslow Heath has been totally annihilated and his “lone tree” now lies under the concrete of Heathrow Airport.

Karl Moritz now bids you all "Goodbye" for a short time.

Thanks to all my readers. I have grown very fond of this character as I read and followed his letters.

I have noted requests and suggestions. I plan to prepare a CDP photo series that makes use of material collected whilst preparing this “tour”.

Just for fun look at this item (URL below) on the “Highwaymen of Hounslow Heath”. Karl actually had a brush with one, but I cannot go into that!