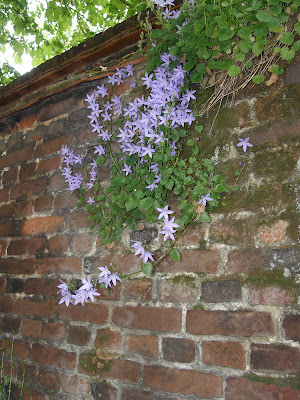 The Normans conquered England in 1066, and very quickly built a royal summer palace in Richmond (a nice "out of town" riverside retreat in those days). The palace stood there from the early 1100s until it burnt down more than 500 years later in the early 1600s! The house was greatly enjoyed by Henry V111 and Elizabeth 1 who died there. Here is part of the old wall alongside Old Palace Lane.