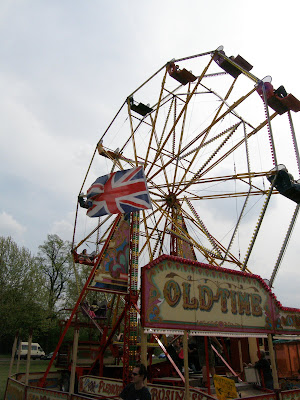 First - my warmest thanks to all who were kind enough to leave a comment on my 100th Post.

Now...........The Scottish National Party recently gained 47 seats in the Scottish Assembly and are now negotiating with the minority parties to form a Scottish Executive. Labour has 46 seats so the SNP needs help from other minorities.

The Scot Nats are lead by a highly intelligent, adroit, charismatic politician, Alex Salmond, who seems to think that being ruled from Brussels by the EU (dominated by a big France and a big Germany – not to mention the other big countries) is better than being ruled from London, albeit enjoying extensive devolved power to Scotland.

It appears that he wants to break up the United Kingdom and make Scotland into a tiny kind of independent Switzerland.

The logic behind this, and the implications baffle me. It’s amazing that in this “globalised” world tribalism still has a powerful command of the emotions. Or perhaps we should be learning a lesson.

Perhaps none of this matters. Who cares? But I’m uncomfortable with the motives and concepts that lurk beneath all this. It’s one thing to press for devolved regional decision-making, but using the “tribal instinct” to promote it is not appropriate. “Nationalism” in 21st century democratic modern Britain has nasty connotations for me. I admire Scotland far too much to suffer the sight of it dragged erroneously down the wrong road. For those interested there’s plenty of detail in the various BBC analysis web pages.