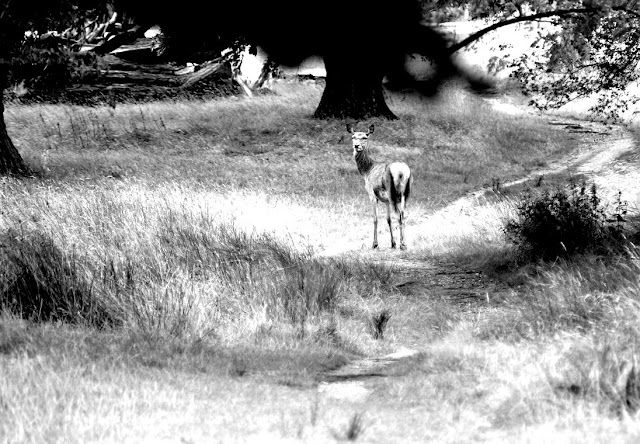 Deep in the middle of the Richmond Park you might imagine that you have gone back in time and are finding your way through the ancient "Wild-Wood" that once covered the whole of the British Isles.

The pathway seen here is actually an ancient highway, 900 years old, between two settlements, and not far is the site of the gallows where highway robbers were hanged. At that time there was an average of barely 14 people per square mile in the whole county. Today its the most densely populated part of the UK. But that seems like nothing but a bad dream when you are in the middle of the Park.