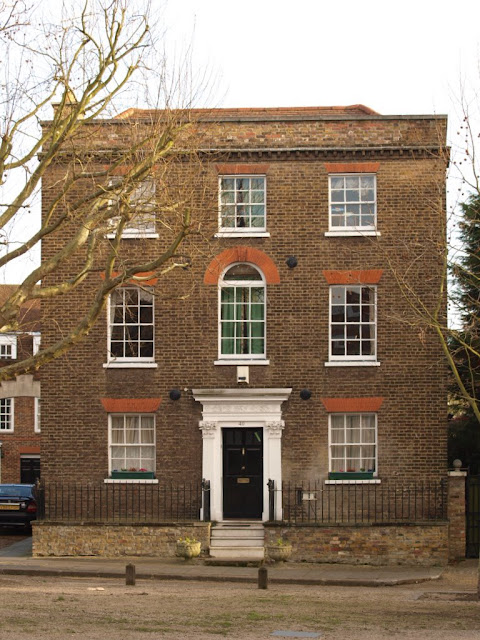 This house, like the other I showed is also in The Butts, and probably dates from about 1700 (I'm taking an educated guess - so forgive me). Throughout the 18th C the town became busier and busier because of its good strategic location on the main road from London to the West (and it still is!). River transport of agricultural goods and even fishing brought wealth, and it seems that barges brought barley, and so beer brewing was also "big money". In 1805 the Grand Junction Canal arrived and "technology and transport of goods" drove the town downhill from then on. Tomorrow you will see the remains of why it became "the filthiest place in England"...............Be afraid! Be very afraid!