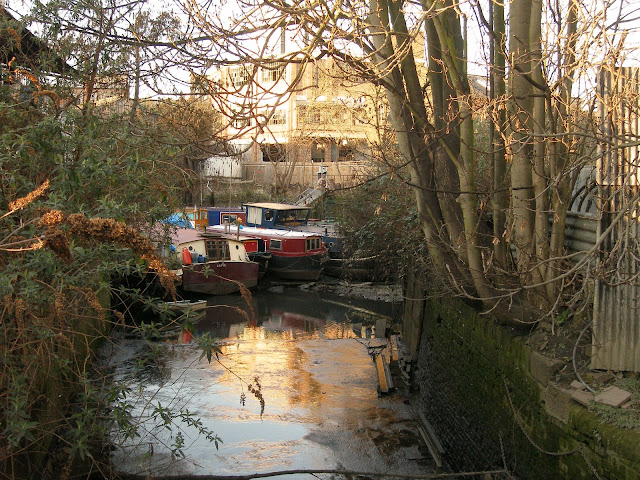 So which would you choose? A barge on the main Thames river channel, or something locked deep inside this 200 yr old canal wharf, surrounded by the "old stuff" and the encroaching saplings and bushes?

Your benefit will be the wonderful impact of the sunset hitting the derelict building and reflecting back into the water. The basin faces south, so you are assured of some extra warmth at noon. But those English Novembers and Februaries are sure to be rather damp.

I took several snaps trying to catch the golden reflection, the shadows and the shining mud, and the green mould on the bricks. It was hard to capture it all, but this version makes the point. The colourful barges always help. But I fear it's less romantic than it looks.