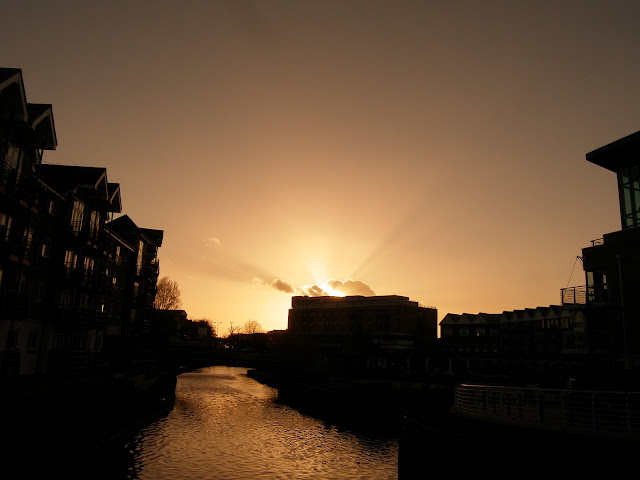 Close by the canal dock is a house (now a pub/restaurant called The Weir) where the young Turner lived from 1785-87. Here, inspired by the local countryside and waterways, young Turner started to paint his first water colours. His work is now priceless. Turner was known as "the painter of light" and is regarded as the "Father" of the Impressionist style so wonderfully practised by the great and much loved French painters 100 yrs later.

Imagine my amazement, when, walking a way from the house I turned a corner and was unexpectedly confronted by a stunning sunset reflected as golden light in the waters of the River Brent (now part of the Grand Junction Canal Dock basin).

I have tried to capture that sunset and its reflection in this photograph - a tribute to Turner.