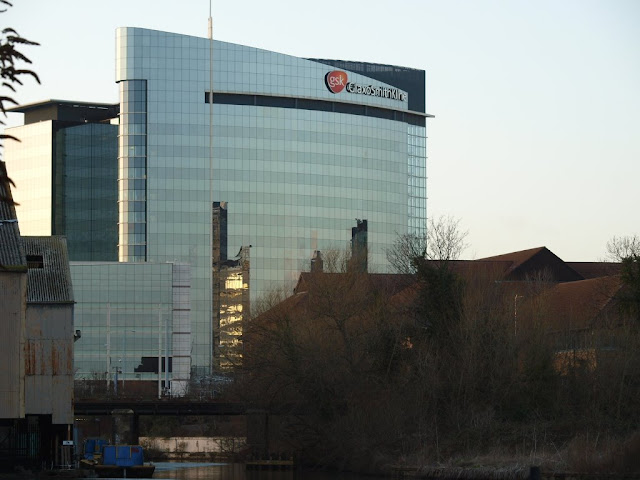 Stand at the southern end of the dock basin in the late afternoon and look north. The enormous grey-blue glass mass of the GSK building reflects the afternoon sun. The strange golden towers are the mirrored reflections of the modern office blocks which stand opposite this magnificent glass creation.

I've chosen to show it in the context of the remaining derelict of sheds and a touch of old canal water below, with some tree cover on the right. The very old alongside the ultra modern world-HQ of Glaxo Smith Klein.
For another impression of sky and sunlight on glass see - http://richmonduponthamesdailyphoto.blogspot.com/2007/07/hard-forms-hard-nature-soft-sentiments.html
Camera: Olympus E3