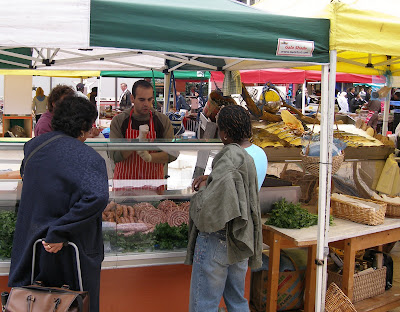 The stage coach is ready to leave Hammersmith. As we prepare to go Karl notices the sausage seller wearing rubber gloves. "Why?" he asks, in his earnest and admirably scientific German manner. "Surely a skilled 21st century butcher is clean and knows his trade and surely nobody ever died from shaking hands or taking money".

I reply: Karl, it's this crazy health and safety rubbish that pours out of the EU sitting in Brussels. Some years ago they even tried to stop the French selling unpasteurised cheese.

Maybe it's a sign that I am ageing, but I often find the legislative stuff pouring out of the EU annoying, and I find that modern so called "health and safety" regulations have created a silly "climate of fear". This disappoints me because I was always a "committed European". Now I'm just fed up with it.