Transactions in a multi-cultural city - # 137 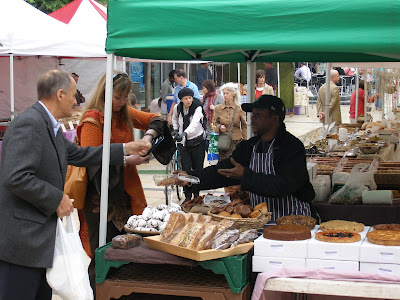 Karl Moritz's stage coach, on it's way to Richmond, pauses at Hammersmith to drop packages and do the business normal at a busy transport interchange at the western edge of London. We have a few moments to walk around the little market and focus on the people instead of the "brutalist 1960s" architecture.

Back in 1782 people from distant lands were a normal sight on London streets, especially around the shipping areas. Britain was a world power dominating the seas and dominating colonial trade.

The movement to ban the slave trade was well underway, having started before 1760. However, mistaken economic concepts blocked the path of abolitionists until 1807.